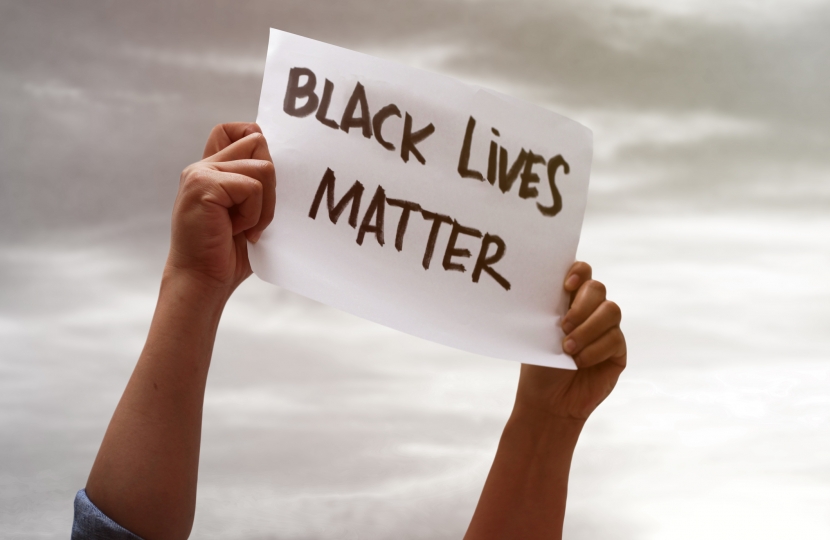 I have had a great deal of correspondence regarding the tragic death of George Floyd in America and the subsequent protests across America and beyond.

Everyone has seen the horrific scenes since he was killed on May 25th, and I was personally shocked to see the brutality of the officers involved in his death.  I believe that the officer involved and several colleagues have now been arrested and will be brought to justice in line with the American legal system.  It is absolutely clear that justice must be done and must be seen to be done.

Growing up in Flintshire in the 80’s and 90’s, I’ve always considered that I have been relatively shielded from racism and other forms of bigotry.  As a region, we don’t have a particularly large BAME population and it wouldn’t be unusual to go from one week, month or even year to the next without seeing a non-white face in my community.  Obviously over the years that has changed, and I believe that the community is all the better for the diversity and different backgrounds that now inhabit Delyn, Flintshire and North Wales in general.  Based on my lack of experience, I didn’t feel qualified or even appropriate to be giving my opinion on the George Floyd and Black Lives Matter issue.

There are many failings in society which need to be addressed.  Racism is clearly one of the most prominent.  We must address it with honesty, compassion and understanding realising that hearts and minds are very much like parachutes – they work best when fully open.  And we must open our hearts and minds to each other regardless of our backgrounds, skin colour, or any other characteristic that some people use to divide us.

Recently, during this impossibly difficult global health crisis, we have been able to witness some of the best of society.  People have done some amazing things.  From 100-year old Capt Tom Moore’s stunning fundraising efforts for the NHS to 6-year old Jimmy Roose from Mold who has been so moved to help Chester Zoo he has been doing sponsored runs to help raise money for them.  All across the region people have been coming together to help each other in society.  We can do it.  We can apply the same care and affection and love for our fellow man (and animals in Jimmy’s case!) to drive out the scourge of divisive hatred and racism from our society once and for all.  But we ALL need to be leaders.  We ALL need to not be afraid to call out racism when we see it.  And we can do it.  I have a strong underlying sense that people are born inherently good – behaviours and attitudes are taught.  Any behaviour and attitude that is taught can be amended through education, time and patience and a realisation that in some cases the holders of those hateful and divisive views may also be victims.  They could be victims of their upbringing, environment or hateful teachings.  Often the perpetrators of these behaviours deserve our pity and help to change, because they don’t know any better.  It is such a dreadfully sad situation from many aspects.

It is my enduring hope that where protests are held, they are conducted peacefully and respectfully.  During the protest in London earlier this week, there was a tiny minority who caused trouble and reacted violently.  A tiny minority who defaced public property, statues and scrawled graffiti on the Cenotaph.  Those actions serve nobody and only diminish the powerful message that needs to be heard loud and clear.  Black Lives Matter.