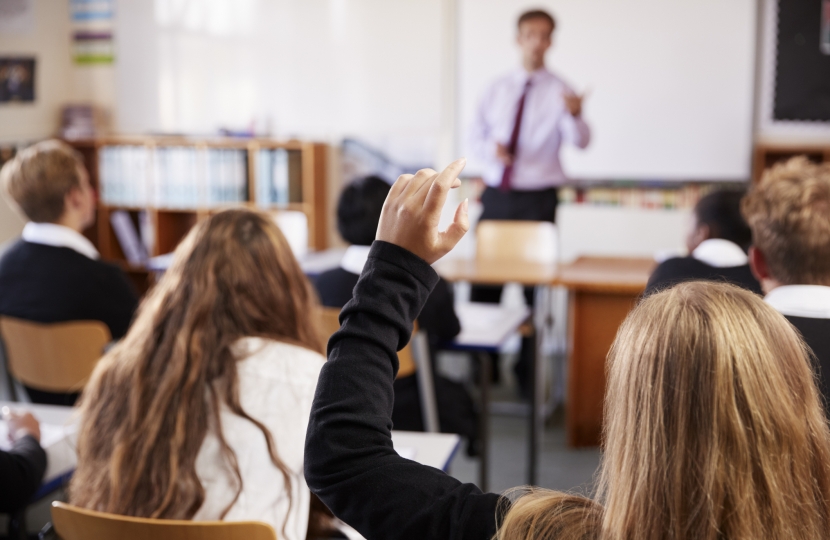 The teaching of Cardiopulmonary Resuscitation (CPR) and other lifesaving skills is an essential skill to learn, which has the real potential to save lives in the future. Sadly, it is not compulsory for schools in Wales to teach such skills - despite it being compulsory in schools in England and Scotland. This needs to change.

Recently, I had the opportunity to meet with the friends and family of Janene Maguire - a loving wife and mother of three children, based in Gwernymynydd, Mold, who unexpectedly passed away after collapsing and having a cardiac arrest in February 2000. Sadly nearly two decades later, Cara, one of Janene's daughters, suffered from the same condition which caused her to have a sudden cardiac arrest in August 2020. Luckily, Cara was with her friend, Michael, a former soldier trained in first aid, who was able to perform CPR until paramedics arrived - essentially saving her life. Without the knowledge of this life saving skill, it is likely that Cara would not be here today. Consequently, it is imperative that more are taught CPR, especially at school, if we want to help save more lives.

Following these tragic events, the friends and family of Janene launched a local campaign aiming to get all UK schools to teach CPR and other lifesaving skills and I was glad to meet with them recently to hear about their campaign and how I could help.

Following our meeting, the campaign has now gone national and as part of it, myself and the Welsh Conservatives group - which includes Welsh Conservative Members of Parliament and Members of the Senedd, have written to the Education Minister, Kirsty Williams MS, calling on her to make the teaching of CPR compulsory in all Welsh secondary schools.

To read our letter, please click on the attachment below.

Sadly, there are around 30,000 “out of hospital” cardiac arrests each year across the UK – so it is vital skills like CPR are taught in order to help save lives. Evidence suggests if all young people are trained with lifesaving CPR skills, nearly 1 in 4 could survive an out of hospital cardiac arrest.  In other countries where CPR has been taught in schools for many years, cardiac arrest survival rates are more than double those of the UK – with Norway’s survival rates being as high as 25%.

Additionally, with the UK Government making the teaching of essential first aid skills such as CPR compulsory in English schools last September, as well as every Scottish Local Authority committing to CPR being taught in all Scottish schools, Wales is now falling behind other nations in the UK in delivering quality education which will give pupils the necessary skills to face the real world and help in future medical emergencies.

With the new Curriculum for Wales being developed and prepared to be implemented in schools from September 2022, it is now the ideal time for the inclusion of CPR into the curriculum. As schools will inevitably be preparing and designing their new lessons plans and schemes of work now, it will give them enough time to ensure they have the right training and resources to be able to teach these skills correctly and consistently. In a curriculum which aspires to create ‘ambitious, capable learners’ who are ‘ready to play a full part in life’ and be ‘ethical, informed citizens of Wales’, surely there is no greater skill to include and learn than how to save a life.

I sincerely hope that the Welsh Government will take notice of this campaign and move to include the teaching of CPR and other lifesaving skills in all secondary schools in Wales for the benefit of all Welsh students, and in memory of Janene Maguire.

If you like to get involved in this campaign, please email me at - rob.roberts.mp@parliament.uk .

To mark World Heart Day (29th), Delyn MP Rob Roberts and Welsh charity Calon Hearts, are teaming up at Mold Town Market, to give people the opportunity to learn vital lifesaving skills like CPR and how to use a defibrillator.

Following his successful campaign to make the teaching of CPR compulsory in Wales, Rob has now written to the new Welsh Education Minister, calling for further support, resources, and guidance to be given to schools.

Following the launch of Rob’s campaign to make the teaching of Cardiopulmonary Resuscitation (CPR) compulsory in all Welsh secondary schools, the Welsh Government have now announced that the teaching of lifesaving skills and first aid will be a requirement of the new school curriculum in Wales.

MP for Delyn, Rob Roberts and Welsh Conservative colleagues from both Westminster and the Senedd, have jointly signed a letter calling on the Welsh Education Minister to make the teaching of CPR, and other lifesaving skills, compulsory in the new Curriculum for Wales.

Keep up to date with my work