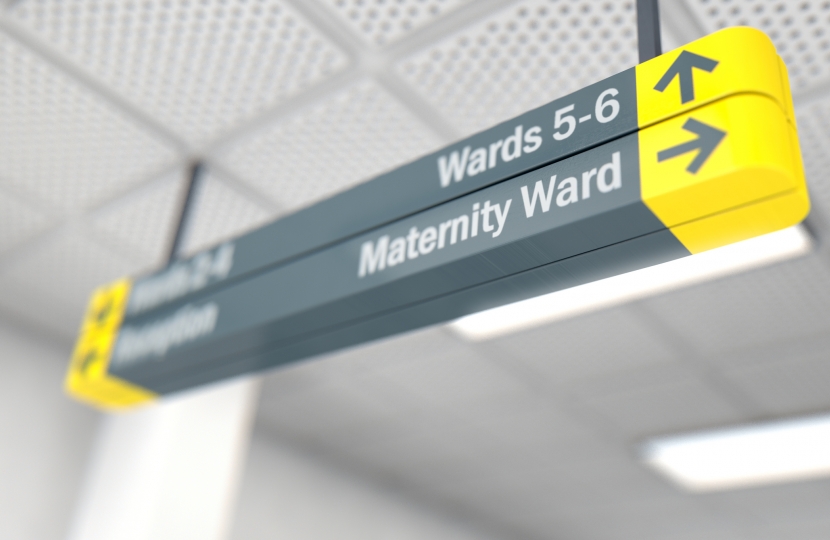 Following the launch of the national campaign against lone births by my colleague Alicia Kearns MP, I am pleased to lead my own local campaign calling for Betsi Cadwaladr University Health Board to change their policy so pregnant women are supported during every scan and all stages of labour.

For many women, going through pregnancy and labour can be an already stressful and difficult time. Yet their experiences are undoubtedly worsened when they are forced to go through this period of their life alone.

I am therefore glad that both the UK and Welsh Governments have rightly changed the guidance issued to local Health Boards and are now permitting a visitor to attend during labour and antenatal scans – preventing any further distress to women.

However, while guidance from BCUHB have now allowed a visitor to attend antenatal scans, their overall maternity visitor policy still limits the opportunities for women to benefit from having a birth partner present. At present, a birth partner is only allowed to attend during ‘active labour’ and have to leave soon after the baby is born. Moreover, for procedures such as an Induction of Labour or a Caesarean, pregnant women are expected to arrive to the hospital alone – leaving pregnant women scared and isolated.

I am disappointed that despite strong guidance and support from the Government and numerous pregnancy advocacy groups, BCUHB are still placing restrictions on women and their partners.

With reports from the Make Birth Better Campaign stating that 9 in 10 women have had their maternity choices changed due to the coronavirus crisis meaning many will have given birth without their partners, I know many women throughout Delyn will have likely been impacted and have similar experiences.

I have already wrote to the Chairman of Betsi Cadwaladr University Health Board (BCUHB), Mark Polin, to ask if they will consider changing their maternity visitor policy to fit in line with Government guidance to ensure that pregnant women are permitted to have a partner with them for all scans and for all stages of labour.

If you would like to see a copy of my letter, please see below.

As part of this campaign, I also signed a group letter, written by Alicia Kearns MP and signed by over 60 Conservative MPs, calling on NHS Trusts across the UK to allow women to have a supportive person present for all scans and during every stage of labour. A copy of this letter and further details of the national campaign can be accessed here.

If you are someone that has been affected by BCUHB’s policy and have had to attend scans, pregnancy appointments or give birth alone, I would be interested to hear about your experiences and views. Please get in contact with me via my email – rob.roberts.mp@parliament

I am keen to raise any local concerns and stories directly with BCUHB, in order to highlight the impact of their policies.

I would encourage as many local residents to get involved and support this campaign in order to prevent more women having to go through the potentially traumatic experience of facing their pregnancy and labour on their own.

Following my letter to the Chairman of BCUHB on the 22nd of September, I received a response on 29th September - which you can see below.

While the letter was sympathetic to the issue, it pointed that due to nature of the Welsh Government guidance - which hasn't been updated since July, the Health Board would be unable to change their current visitor policy. This means that women in Delyn and across North Wales are still only allowed a partner present to support them during 'active labour' and for a short period of time at and after birth.

Consequently, I have now written to the Minister for Health and Social Services, Vaughan Gething, to urge the Welsh Government to reconsider their position on maternity visitor policy and allow for women to be supported by a partner of their choice for every stage at pregnancy and throughout the entirety of labour.

I hope that the Welsh Government will consider changing their position, which will allow Welsh Health Boards to ensure a partner can be present during all pregnancy scans and the whole of labour - preventing more women from having to go through a potentially difficult and traumatic experience on their own.

To see a copy of this letter, please see below.