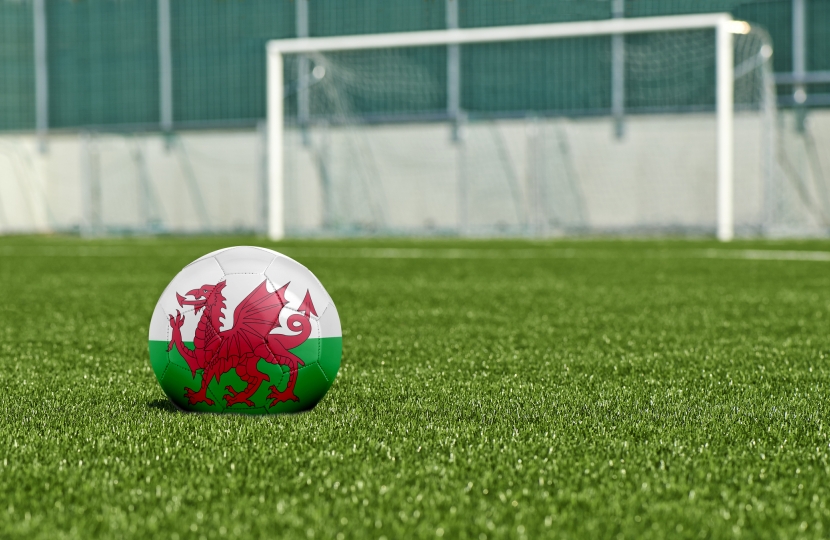 Sadly, like many other small local clubs, Flint Town United FC are struggling to remain financially afloat without the revenue provided by fans, and if fans are not allowed to return soon – they risk closure.

Consequently, I am glad to be launching a new local campaign calling on the Welsh Government to allow the return of fans in a reduced capacity to spectator sport such as football.

For many grass-roots football clubs, the revenue provided by fans, whether it be through ticket sales or food and drink sales, is vital to their survival. Football clubs have been in turmoil since March as have seen the football season suspended, and now face matches being played behind closed doors without their usual income from fans.

It is crucial that local football clubs are able to remain open, not only for the clubs themselves but for the many benefits they bring to both fans and the local community. Football clubs often act a real community hub, interacting with fans of all ages, genders and backgrounds as well as supporting local jobs, businesses and the local economy. If clubs are not able to remain open due to the lack of fan revenue, it would be huge loss for both communities and fans alike.

It is also important to note that allowing a partial return of fans to spectator sport can be done safely. Many clubs have already complied with Covid-19 guidelines and have made their grounds safe. Moreover, the risk to fans is minimal with football grounds often largely outdoors, stewarded and highly regulated.

Other European countries are following a similar phased return of fans to spectator sport and have been successful. Germany are welcoming back fans to stadiums with a maximum of 20% capacity, with Italy looking to increase the number of fans in its stadiums to 25% of their capacity.

Smaller clubs like Flint Town United FC would hugely benefit from allowing a reduced capacity of just 15 – 20% of fans into their grounds. Having fans return in a reduced capacity would help clubs remain financially viable and get through this challenging period, and be in a stronger position when sport can fully return to normal.

I have already written to the First Minister and the Deputy Minister for Culture, Sport and Tourism requesting that they reconsider their guidance and allow fans to return to spectator sport.

If you are a local sports club that are struggling with similar issues due to the lack of fan revenue, I would be keen to hear your views. Please get in touch via my email - rob.roberts.mp@parliament

I hope as many local residents get behind this campaign, in order to keep our important sports clubs like Flint Town United FC a success - for the benefit of local fans, grass-roots sports and our local communities.

Following my recent visit to Flint Town United FC, I asked the Secretary of State for Wales about the need for fans to return safely to spectator sports such as football in order to ensure the survival of local clubs - who are often the focal point of our communities.

Local MP for Delyn, Rob Roberts, has launched a new local campaign calling on the Welsh Government to reconsider their policy regarding spectator sport and allow a partial, safe return of fans to spectator sport.

Keep up to date with my work