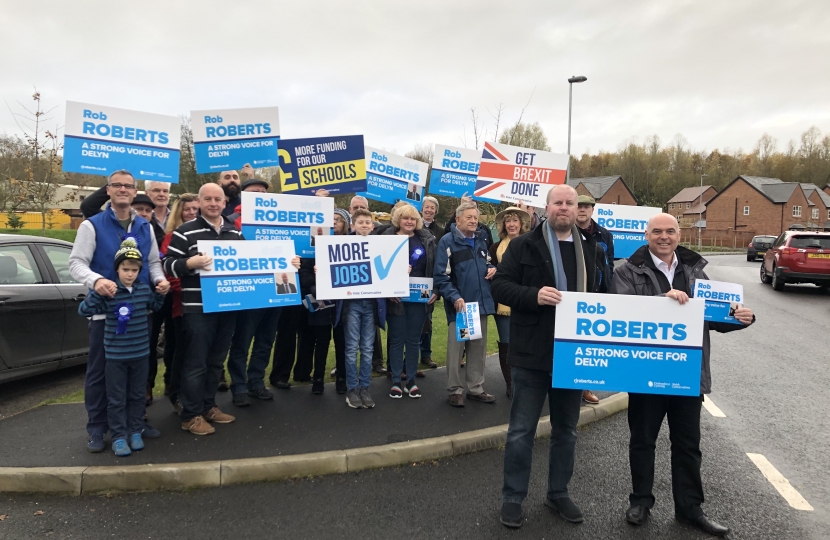 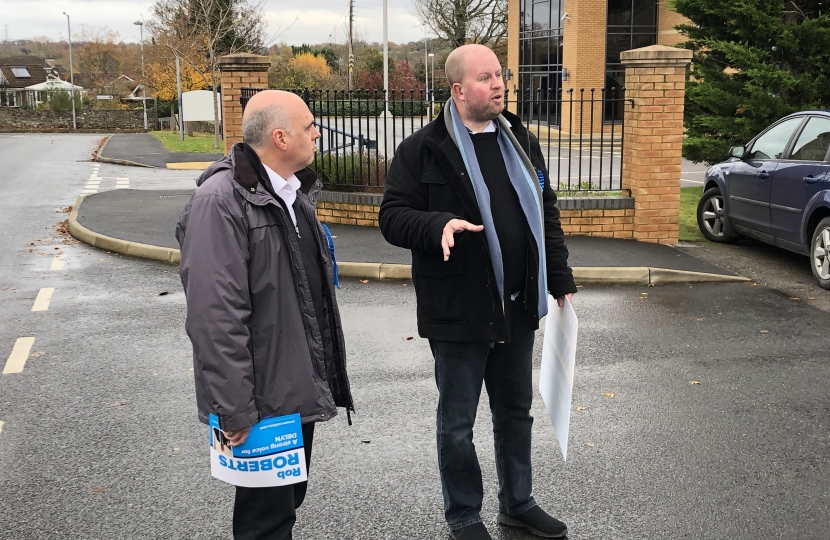 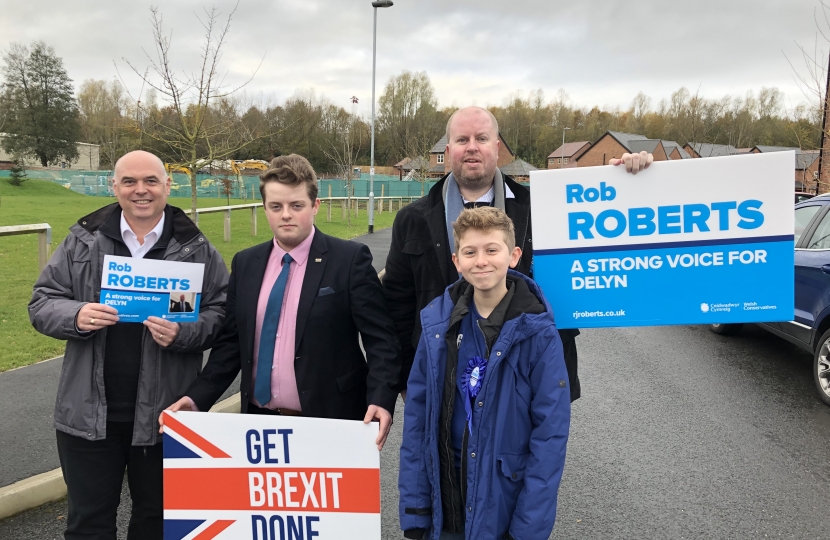 The Leader of the Welsh Conservatives, Paul Davies AM was in Mold this weekend officially launching the campaign with some supporters and volunteers.  Paul spoke passionately about Conservative values and how they are on the increase not just in the North but throughout Wales, and how he knew that Rob would be a strong voice for Delyn in Westminster in the future.  Paul stressed the importance of Parliament getting behind the Prime Minister's Brexit deal to ensure that we can Get Brexit Done in January then move on to work on the priorities of the people after years of Parliament being paralysed with this issue.

Following on, Rob said that it was equally important to get rid of the "Labour Lock" in Delyn:  "We have a Welsh Labour Government in Cardiff, and a Labour AM and Labour MP in the constituency.  With so many parts of governmental responsibility devolved to the Welsh Government, including health, education and transport, it's important that there is accountability and strong voices to call the Welsh Government to account.  The local representatives don't speak up on issues like the Betsi Cadwaladr Health Board being in special measures for almost five years now because if they DO speak up, they could only criticise their own party who run the NHS in Wales.  We need to ensure we get a Conservative voice in Westminster now, and then another in the Assembly elections in May 2021 so that we can put pressure on the Welsh Labour Government to improve the services that are letting down not only the people of Delyn but also the hard-working NHS staff who are doing amazing work in challenging conditions.

After the launch presentation, Paul and Rob led teams of canvassers in the Broncoed area of Mold, seeing how people are feeling about the upcoming election and drumming up Conservative support.

Canvassing in the winter..... brrrr

It's fair to say, canvassing in November is challenging.  Cold, wet and miserable.  And that's just me!