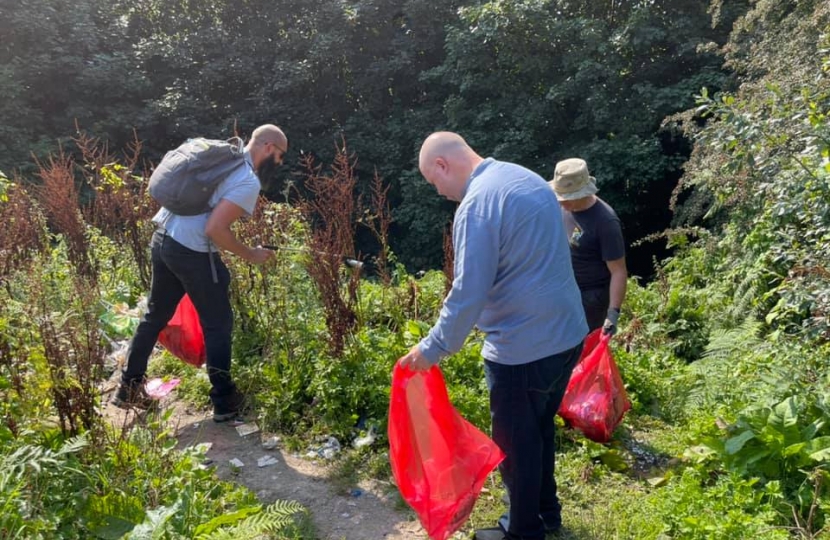 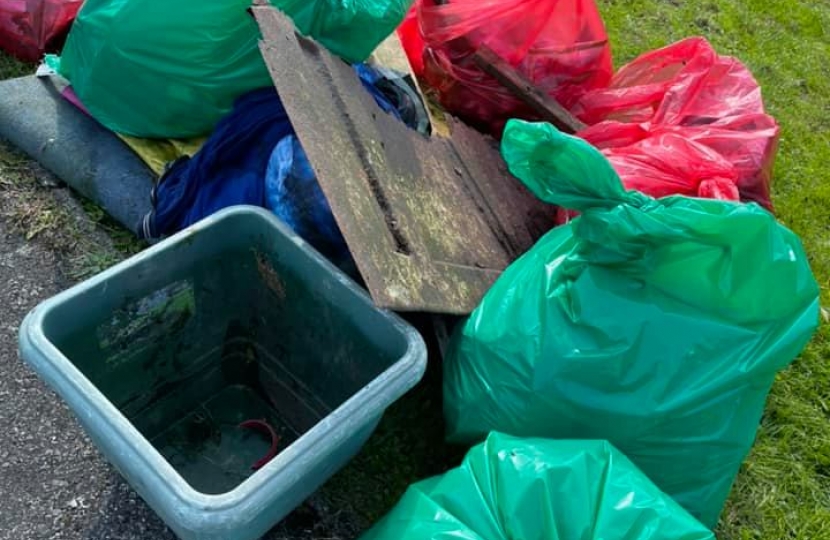 In just 4 hours clearing away the litter that had been dumped in the Park, Rob and his team collected 20 bags of rubbish, a mattress, various scrap and plastic waste, an entire carpet, and two large stuffed animals.

Littering is a real and immediate issue in Delyn. It not only an eye-sore and an inconvenience for passers-by and dog walkers, but instead has far-reaching repercussions for the surrounding wildlife. Just one piece of litter could easily result in an entire eco-system being destroyed, and it is incredibly important that this is prevented so that these beautiful spaces and natural habitats are still around for future generations to enjoy as we do.

Rob and his team carried out the litter-pick as part of his commitments outlined in his ‘Love Where You Live’ campaign. This campaign aims to encourage Delyn residents to look after their local areas, hoping to reduce levels of littering and fly-tipping, while at the same time providing an easy way to report these instances if they do occur.

“I have had a number of reports from my constituents highlighting the issue of littering and fly-tipping that has been plaguing Greenfield Valley Heritage Park.

Although it was fantastic that we managed to clear away so much rubbish, the amount of litter that we collected was appalling. All levels of littering is unacceptable, however, I was shocked at the amount that was found dumped in what should be a peaceful and unspoiled natural environment.

I am committed to combating levels of littering in Delyn through my ‘Love Where You Live’ Campaign”. It is a continuous battle to keep our local areas tidy, and we must all do our part to help ensure our outdoor spaces are protected."

If you wish to report littering of fly-tipping in your local area, you can report it on Rob’s website at https://www.rjroberts.co.uk/form/litter-fly-tipping-survey.

Alternatively, if you wish to find out more about Rob’s ‘Love Where You Live’ campaign, please visit https://www.rjroberts.co.uk/campaigns/love-where-you-live.