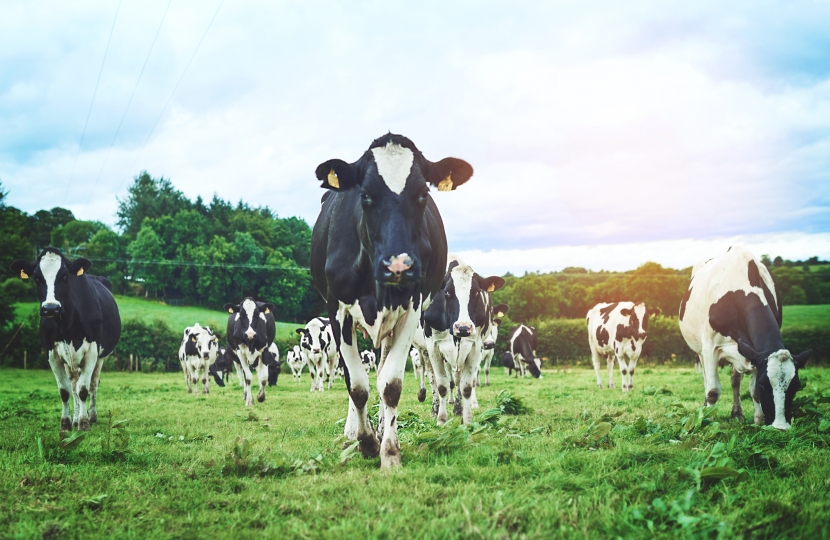 Member of Parliament for Delyn, Rob Roberts MP, outlines his disappointment after the Labour Welsh Government put Wales’ farmers under threat last week – by pushing forward with plan to designate all of Wales as a Nitrate Vulnerable Zone (NVZ).

The Labour Welsh Government said it has given farmers years to take steps on agricultural pollution but, with incidents reportedly averaging more than three a week, said it will impose new regulations from the beginning of April.  The Farmers’ Union of Wales (FUW) and NFU Cymru have also criticised the decision.

On the issue Rob has said:

“In April last year my Welsh Conservative colleagues and I signed a joint letter to the Welsh Government Environment Minister, Lesley Griffiths MS, representing the views of our local farmers.  We urged her to reconsider the efficacy of the plans, and ultimately withdraw them altogether.

“It is hugely disappointing that farmers are now facing huge financial burdens at a time when our country should be focussing on rebuilding from COVID-19.

“It is madness that the Labour Welsh Government are targeting such a crucial industry, hitting our farmers when they are down.”

“This move will have a very serious, negative impact on the farming industry here in Delyn, and across the whole of wales.”

Lesley Griffiths MS has previously said in the Senedd Chamber on several occasions that she wouldn’t look at doing this while we were still going through the pandemic. The Welsh Labour Environment Minister must reverse this decision immediately, or face further alienating Welsh farmers.