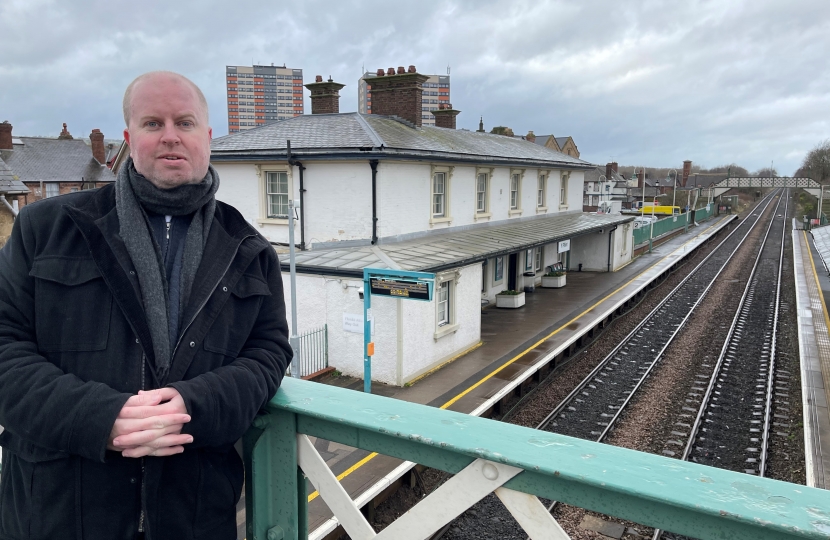 Following the disappointing news that the Welsh Government has announced a freeze on all new road-building, Delyn MP Rob Roberts has launched a survey to hear local residents’ views on transport and road-building.

Last month, the Welsh Government announced that there would be a freeze on new road building projects including the £300 million Red Route in Flintshire. Instead of investing in new road networks, the Welsh Government will instead look to carry out a review of highway schemes across Wales, which will focus more on maintaining existing roads rather than building new ones.

While all governments have a responsibility to tackle climate change, it should not be at the expense of improving vital transport infrastructure – which is currently heavily relied upon in rural areas such as Delyn due to a historic lack of investment in public transport.

With traffic only increasing in areas in Delyn, with residents relying on good road networks to get to work, school and to stay connected, the Welsh Government’s decision will only create more problems and potentially increase the costs of future road projects.

However, having supported the campaign against the Red Route project in Flintshire, which will cause irreparable damage to local wildlife and farmland, Rob welcomes the freeze for this ill-thought through route.

Yet, with local traffic problems remaining, Rob is calling for the Welsh Government to provide real solutions to issues like the Red Route, and for proper investment in Wales’ transport infrastructure.

Consequently, Rob has launched a local transport survey to give residents the opportunity to share their views about local roads and transport, as well as the focus of the Welsh Government’s review going forward.

“It is worrying that at a time when the Welsh Government should be investing in our roads, instead they abandon them. Wales’ road infrastructure is at breaking point and if we do not invest in them soon, we will all suffer.

“In Delyn, one of the biggest issues is transport infrastructure so while I welcome the news that the Red Route is being halted, a huge traffic problem remains which needs to be fixed as soon as possible.

“I have launched my transport survey to give residents the chance to share their views and I hope the Welsh Government will take local residents views seriously and fix our roads!”

Rob is encouraging all local residents to take part in his transport survey to share their views on the Welsh Government’s announcement as well as its impact on local road building projects like the Red Route.

To take part in the survey, and to read more about Rob's campaign, click here.

As a resident in Mold, I know that good transport links are vital to ensure Delyn is an attractive place to live, work, or set up a business.  Our economy depends on it.

Local communities across Delyn rely on vital bus and rail services.  I am campaigning for increased investment in the transport links and infrastructure so that journeys are easier and more convenient.  Helping local people get to where they need when they need to.