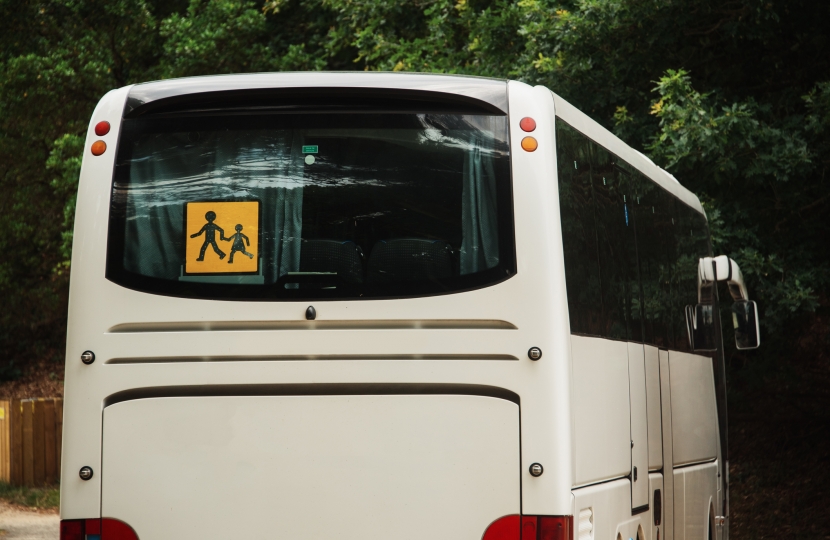 The MP for Delyn, Rob Roberts and Member of the Senedd for North Wales, Mark Isherwood are calling for a return to free school transport – after the local Council clamped down on the number of children entitled to use buses without charge.

Rob has met with Council officials to express his concern after the authority decided to enforce a policy - determining access to transport based on walking routes - more strictly.

“Covid-19 has wreaked havoc with access to vital education.  For months, many of our youngsters have not been able to go to school because they were effectively closed – now some of them are facing yet another problem in that free transport to get them there is not available.”

“This Council’s interpretation of the Welsh law on school transport appears bizarre, especially given the seriousness of this for the pupils and families involved. Learners receiving secondary education are entitled to free school transport if they live three miles or more from their ‘nearest suitable school’ using normal transport. Whilst distances below this are referred to as ‘walking distances’, local authorities are under a legal duty to assess these routes using the risk assessment procedure outlined.

“A route is only then considered to be ‘available’ if it is safe for a learner to walk. If a route is not ‘available’, the local authority still has a duty to provide the learner with free transport to and from their ‘nearest suitable school’. Has the Council followed this procedure and, if it has, how can it claim that the routes it has selected are safe for children to walk?”

Families have told Rob of instances where their child has been accepted into the school of their choice – only for the Council to then deny them access to free transport.  They are also worried about safety issues the changes bring.

Council rules state that pupils qualify for free transport to the nearest suitable school based on a walking route mapped out by the authority’s own system.

Council officials have told him that the decision was made to strictly enforce this policy in 2018 to save money.

Rob goes on to say:

“I understand the need for the council to balance its books and spend money effectively – but common sense should prevail.  Families should not be facing additional challenges getting their children to school in what are already incredibly stressful times.”

Rob has sent a Freedom of Information request to the Council asking them to clarify their policy, the financial assessment for applying the policy, identifying the walking routes it states, and the assessments they have undertaken of the walking routes as required by the Welsh Government.

Rob has also launched a resident’s survey on his website where families can contact Rob about this issue.  Rob is urging Delyn residents to complete the survey at www.rjroberts.co.uk/campaigns/free-school-transport and one of his team will be in touch.

I have been contacted by many local residents raising concerns about Flintshire County Council not providing free school transport to their children.