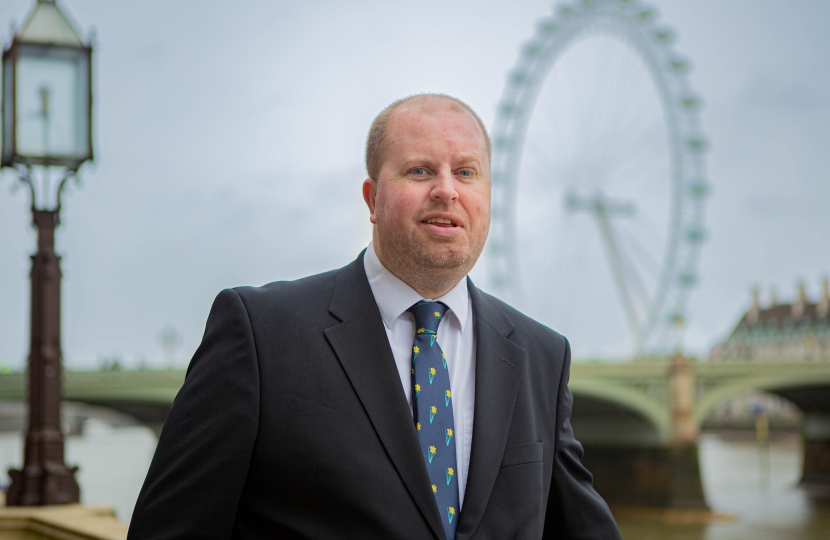 Member of Parliament for Delyn, Rob Roberts, is offering support to local residents who have been affected by the British Steel Pension transfer scandal and is encouraging them to get in touch to discuss their situation and to see if any help can be provided.

While the replacement scheme and the Pension Protection Fund are seen as stable and reliable pension investment schemes, many British Steel workers were encouraged to transfer – which was much riskier. Around 8000 members transferred out of the old scheme, with transfers collectively worth around £2.8 billion.

At the time, there was a huge amount of poor practise and fraudulent behaviour among both regulated and non-regulated parties, with a lot of bad advice being given to transfer out of the Scheme when it wasn’t appropriate or in workers’ interest. This has meant that tens of thousands of current and former British Steel workers, including those who worked at the Steelworks in Garden City, who were part of the Scheme may have lost money after being wrongly advised to transfer out of the Scheme.

As many constituents worked at the Steelworks in Garden City, it is likely that a large number will have been affected by this issue and may now be out of pocket, through no fault of their own. Consequently, Rob is encouraging constituents to get in touch as he is keen to help and hear from anyone who has been advised to transfer out of the British Steel Pension Scheme.

“A huge number of people each year are advised to transfer out of defined benefit pension schemes and there are robust safeguards that prevent bad advice in this area.

“Sadly, some transactions that shouldn’t be done can slip through the net which leave individuals in a worse position than they would have done.

“I have heard that this happened a lot with the British Steel members down in South Wales and I suspect that there is an element of the same happening in the North also.”

Rob has previously met with colleagues from all parties along with representatives from the Financial Conduct Authority, the Financial Ombudsman Service, the Financial Services Compensation Scheme and other agencies, to discuss the British Steel Pension Scheme and how people were mis-sold and misled when transferring out of their pension pots.

Rob is particularly interested in matters relating to pensions, due to his time as a financial planner specialising in pensions advice before entering Parliament. As a MP, Rob has remained committed to working on pension issues and is Vice Chair of the APPG on Pension Scams and has been involved in both the debate stages and Committee stages of the Pension Schemes Bill.

Anyone that has impacted by this issue, can get in touch by emailing rob.roberts.mp@parliament.uk, with the subject line “British Steel Pension Scheme”.