Rob expresses his disappointment at the closure of Barclays in Flint 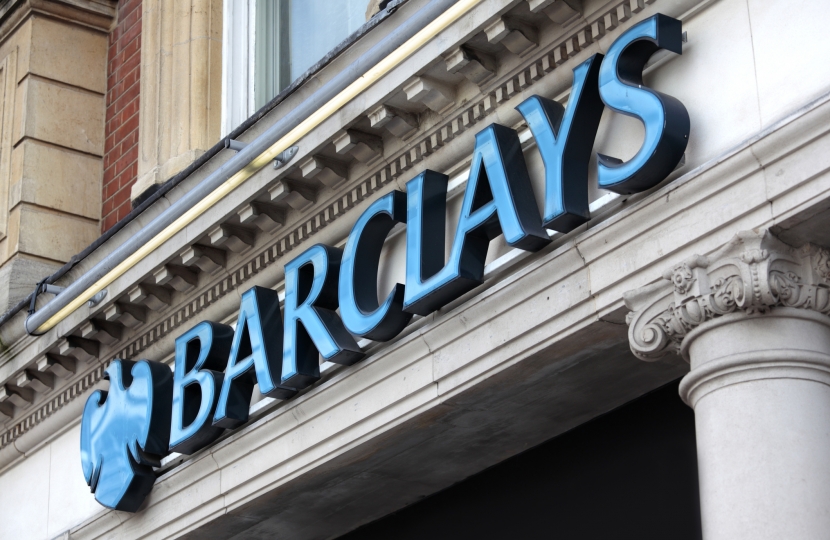 MP for Delyn, Rob Roberts met virtually with the Head of Corporate Relations Wales & West at Barclays to discuss the recent announcement to close a number of North Wales branches, including the Flint branch, which will close its doors on 30th April 2021.

Rob expressed his deep disappointment regarding the banks decision to close its branch in Flint.  He relayed the concerns of residents who have contacted his office; that it will leave some elderly and vulnerable people without a vital service and that there needs to be commitment to our towns and villages.

Commenting on the closure, Rob has said:

“Rather than simply writing to Barclays I had a meeting with Jonathan Brenchley to discuss the scheduled closure.

“We had a very open discussion about the fact their closure will leave a number of residents and businesses without a vital service in the town.  However, the bank has reassured me that all of its effected customers will be supported through the closure.  Customers are being contacted by phone, their banking needs are assessed, and alternative options are being talked through.

“Jonathan also explained that there have been no redundancies due to this closure and that all Flint staff have been re-deployed to other branches, with all of them being placed in their preferred location.

“As disappointing as it is that the Flint branch is closing, there has to be a commercial reason for all businesses to remain trading on our high streets – banks included.  There is a responsibility on all of us to support our high street.  We must shop local and use the services that we still have available to us. We must use it, or we will end up losing it.”

Customers who use the Flint branch will be able to continue banking by using The Barclays app, banking online via the internet, or by telephone banking.  Barclays have invested heavily in their digital platforms and are now able to offer video calls to help their customers.  However, from 30th April 2021, Barclays customers who need to withdraw cash or pay money in they will need to use The Post Office, or the local LINK cash machines.

“The decision to close a bank is never an easy one, however, the way we bank today is unrecognisable from 50 years ago when almost every transaction took place in a branch.

“Despite this change, we are confident that access to banking remains sufficient in the local community.

“We appreciate that not all of our customers will adopt change at the same pace, and we would like to underline our commitment to supporting our vulnerable customers through this change.”

With businesses and other businesses leaving our high street it is important that the units do not stand empty for long periods of time.  Rob has written to Flintshire County Council to look at the future and discuss what plans and incentives are in place to attract businesses back to our high streets.  Banks have left Holywell and Flint in large numbers, and with 7 different banks and building societies on Mold High Street, steps needs to be taken now to ensure that the main high streets in Delyn are protected and catered for in the future.

Delyn MP, Rob, is keen to hear from any constituent who has a concern about the branch closure.  He invites you to contact his office either by calling 01352 710 232 or emailing him using rob.roberts.mp@parliament.uk.