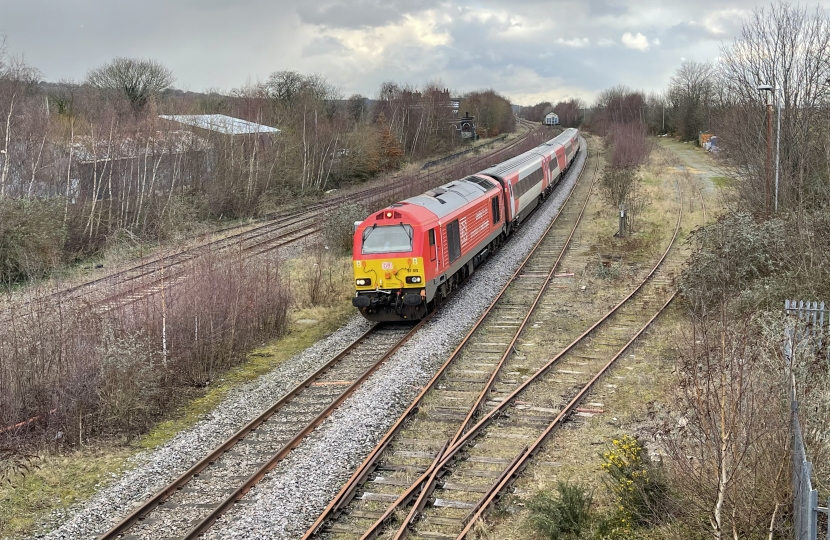 It had been feared that North Wales could lose the service after three options were put forward by transport chiefs at the start of the year.

In a submission to the Manchester Recovery Taskforce public consultation in March, Chair of the group Dr James Davies MP wrote, on behalf of the group, in support of its option B, which would retain direct access to Manchester airport from North Wales.  A number of meetings also took place between Rob and the various organisations involved so that the importance of this route could be properly weighed by the decision-makers.

Rob is therefore delighted that the views of the APPG and other stakeholders have been listened to, with the Taskforce confirming on Tuesday that they have approved Option B, with existing services retained along with some additions.

“In an environment where there is so much going on and Members of Parliament spend so much of their time lobbying for changes to benefit our constituents, it is always fulfilling when we are listened to and the decision-makers get to the best outcomes.

“The service that connects North Wales to Manchester Airport via Chester is an important piece of regional infrastructure that would have set us back had the other options been adopted that would have seen the route scrapped.

“The APPG, led by James Davies MP, has done an excellent job of ensuring that this route stays in place for a long time to come to the benefit of residents and business across the whole North Wales corridor.”

As a resident in Mold, I know that good transport links are vital to ensure Delyn is an attractive place to live, work, or set up a business.  Our economy depends on it.