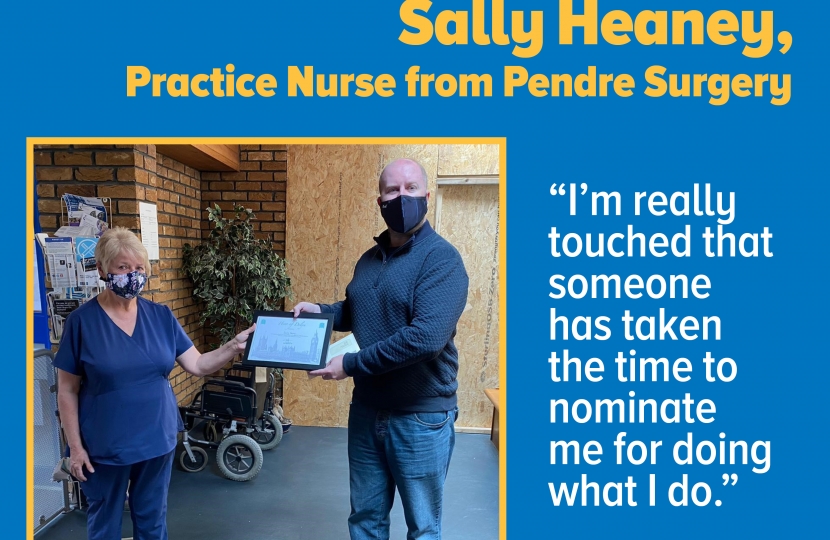 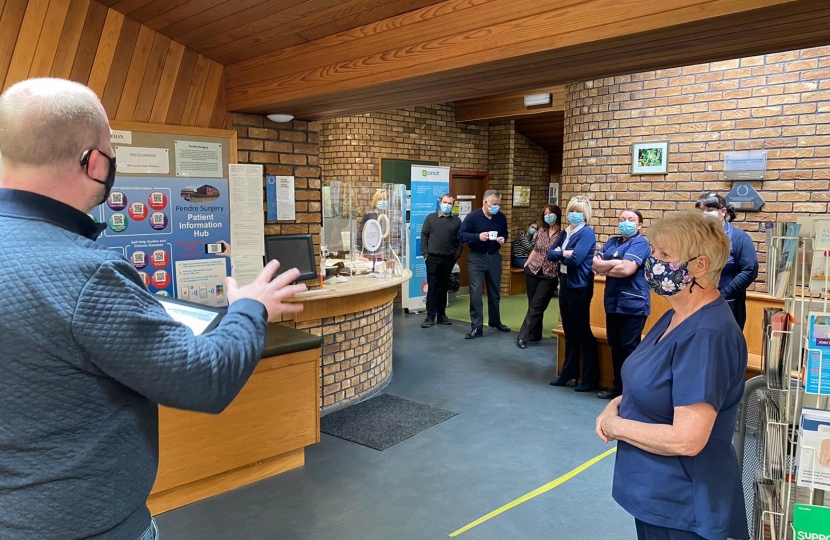 Sally was nominated by one of her patients who got in touch with Rob as she wanted to thank Sally for going "above and beyond the call of duty".  The patient explained to Rob that Sally stayed on the telephone with her for a long time helping calm her down and providing much needed medical advice even thought it was at the end of her shift.  After the conversation, Sally checked if the pharmacy was open, collected the medication the patient needed and delivered it to the door.

The patient went on to say that without Sally's kindness and thought, she fears she would have ended up requiring a trip to A&E.

Rob presented the award to Sally at Pendre Surgery in front of staff and patients.  Rob commented:

"It makes me very proud to be able to hand over these awards to people who go the extra mile in our community and with this award going to someone who works in the NHS makes it even more special."

"I am really touched that someone has taken the time to nominate me for doing what I do."